My class in metalsmithing three weeks ago at Precious Metal Arts in Santa Monica was really fantastic.  They have a great facility and the teachers, Peter and Nancy, are lovely.  Just getting a taste of basic metalsmithing (sawing/cutting sheet metal, soldering, polishing, hammering)  has me motivated to learn more.  And luckily there are more classes!
I am also inspired by the metalsmith artistry of early twentieth century artist Josef Hoffman from the Weiner Workstatte in Vienna.  I just had to share some images with you all.  The Weiner Worskstatte was born in 1913 out of the Arts and Crafts movement in England of the late 19th century by artists who were rebelling against the machines that displaced artisans during Industrial Revolution. The artistans wanted to show that a machine cannot produce the same beauty and quality in an item as a person can.  And they definitely proved their point! 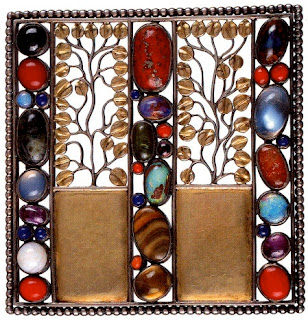 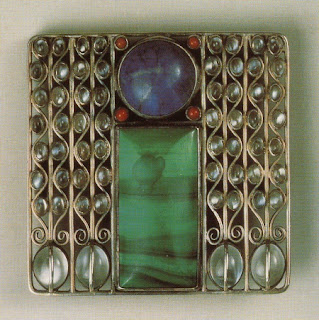 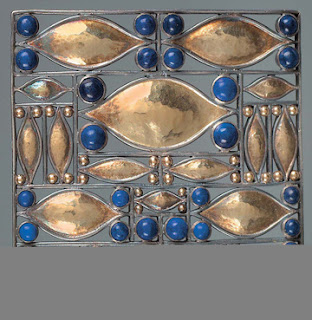 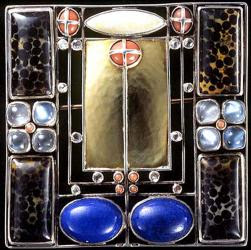 There is an interesting article about the Workstatte in the New York Times, called Rage Against the Machine with Artisans and Beauty.
And, a book I've been dying to purchase, Weiner Workstatte Jewelry.
"Industry has operated against the artisan in favor of the idler, and also in favor of capital and against labor. Any mechanical invention whatsoever has been more harmful to humanity than a century of war."
~ Remy de Gourmont ~
Posted by PK Studios at 2:47 PM

Thanks for your visit Penny. So close to me in Santa Monica...next time let me know and we’ll meet up for lunch or coffee. Love your new work as alwasy and yes
I love the work of J.Hoffman as well...such cool stuff.
Have a beautiful fall season...the weather has been b eautiful.